Animanga Wiki
Start a Wiki
ALL POSTS
This post is locked. 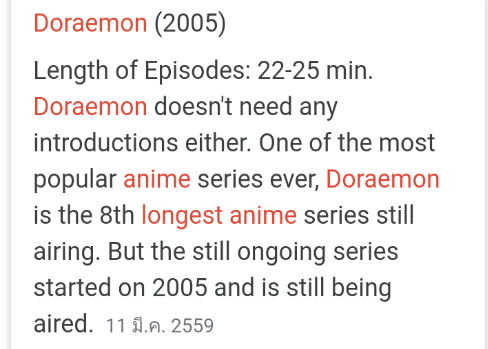 I’ve known it was the longest for a while now. It’s also one of the most popular series in Japan I’m pretty sure.

Gotta love the random insertion of Higurashi... BNHA doesn't really belong in this thread either.

Suffice it to say, almost no one on these boards has seen Sazae-san.

Doraemon is technically not ongoing as there have only been movies after 2005 and according to Wikipedia it is actually #5.

#7 Anpanman actually has a longer total running time than the #2 thru #6 at around 36,000 minutes because unlike the others it has full 24 min episodes. It still doesn't beat Sazae-san which has over 50,000 min of running time.

Isn't there a manga called Kochikame that went for like 40 years?