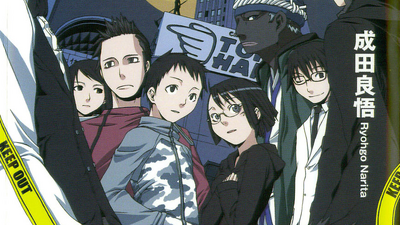 A light novel (ライトノベル, raito noberu) is a novel primarily targeting teenagers and young adults. The term "light novel" is a wasei-eigo, or a Japanese term formed from words in the English language. Light novels are often called ranobe (ラノベ, ranobe) or rainobe (ライノベ, rainobe) for short. They are...

Hello, everyone! I'm St4rsfly and I am new to this wiki!

I mostly read manga instead of anime and I love Slice of life and Dark fantasy.

The manga's that I like are blue period, Animal crossing Deserted Island (look it up to know what I'm saying), that time I got reincarnated as a slime, Toilet-bound Hanako-Kun, Himouto! Umaru-Chan, Hunter x Hunter, Komi can't communicate and Assassination classroom.

(Could request me any type of anime, Light novels, Games and manga.)

I don't need some simple thriller show recommendation. Some hardcore psycological shit similar to that as close as possible (excluding that sex part)

Try recommending Manga/Manhwa or something to read, anime recommendations are fine but try not recommending.

If trying to recommend books then I've read only a few so far:

The girl next door

I've really been into these lately, and wanted to know if I've missed out on any gems. I've seen/read the following series of the kind:

Could you guys please recommend some good series that are primarily about food and its preparation? Also, please:

- don't include series only because the food animation is good;

- omit if related to but not mainly about the food (like Working!!);

For examples, look at the list above. (Gin no Saji and Moyashimon just barely make the cut)

Thanks a lot, either way 😂!

I wanna read light novels and mangas online. Where are some online sites that they are available in?

I read Hikaru no Go manga but I am planning to read Yu-Gi-Oh! manga and planning on Re:Zero light novel. 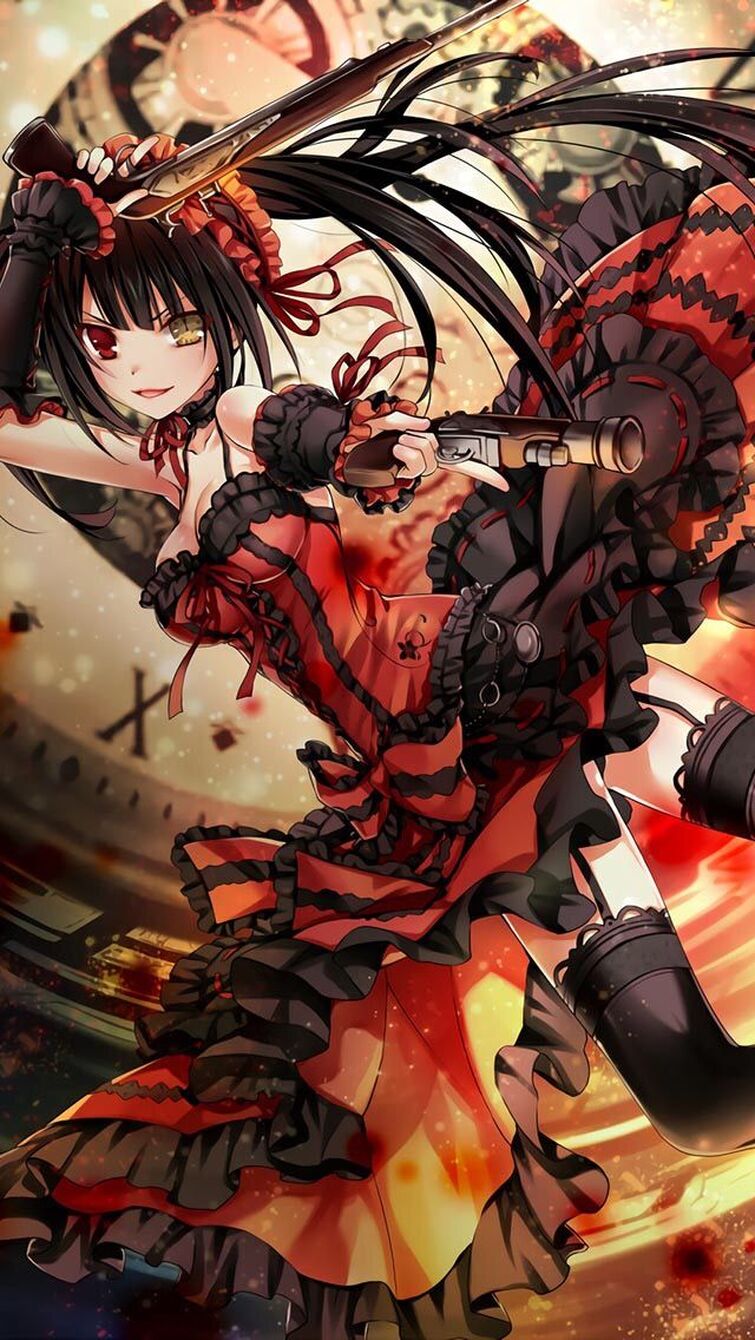 I've read 5CM/sec and planning to buy Another. And I need some more. Tell me if there are any with a single volume/ less than 3 volumes, but good ones, not something like DxD or generic harem.

I started reading the Re:Zero web novel after watching S1 (no announcement of S2 back then). Fans said me to read from the beginning so I bought my first volume. Just got it 5mins ago. Looks amazing!!! 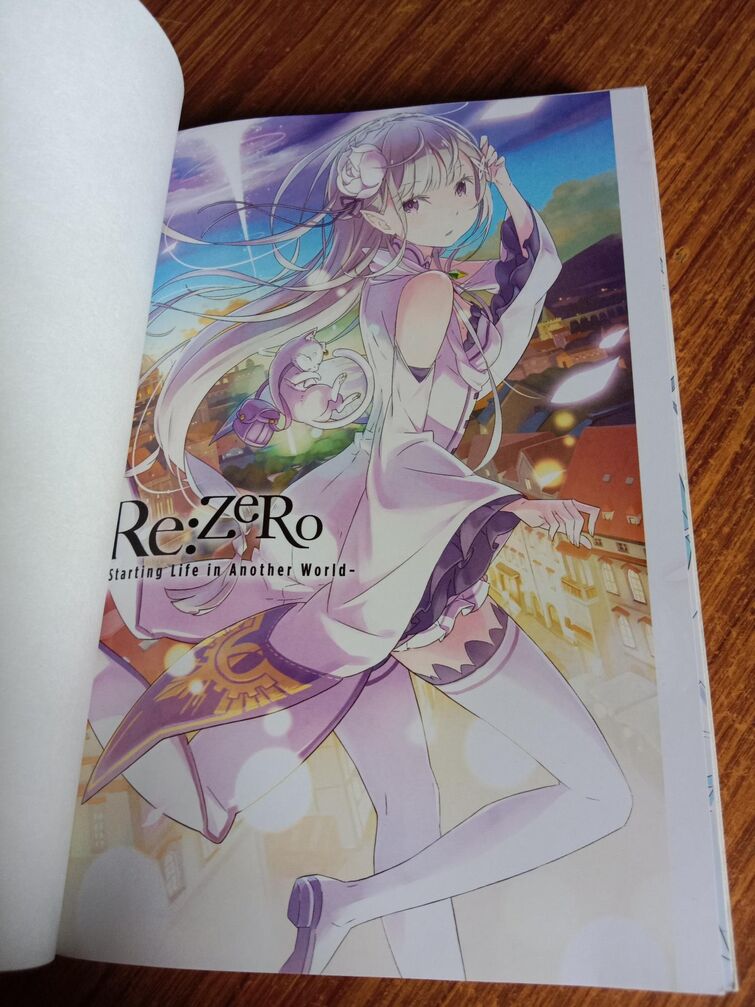 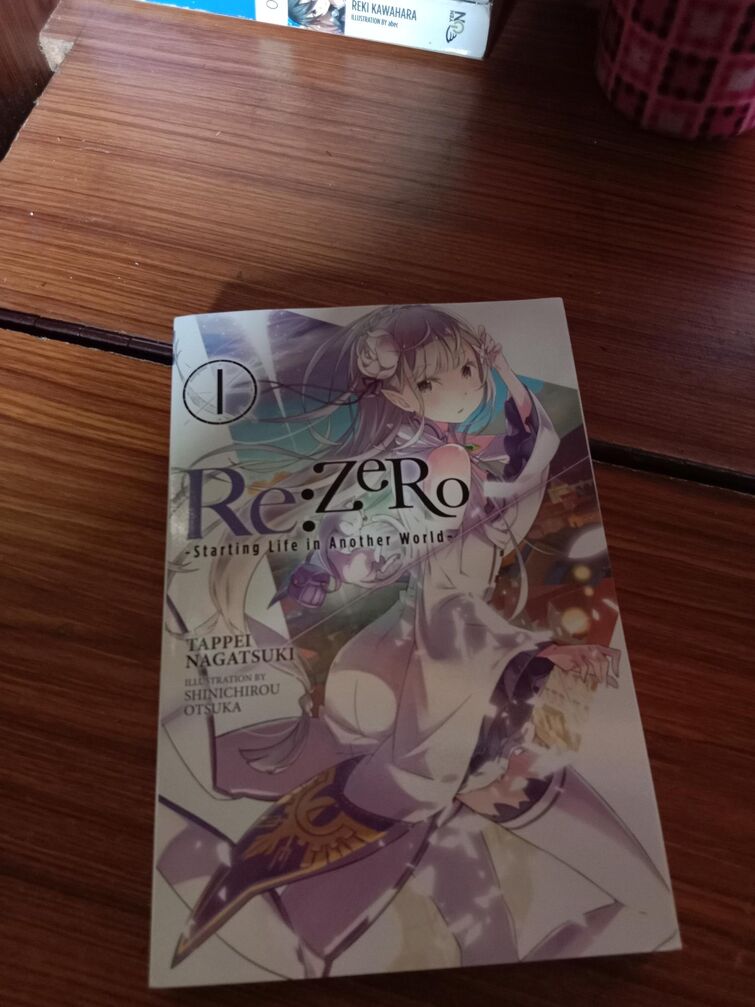 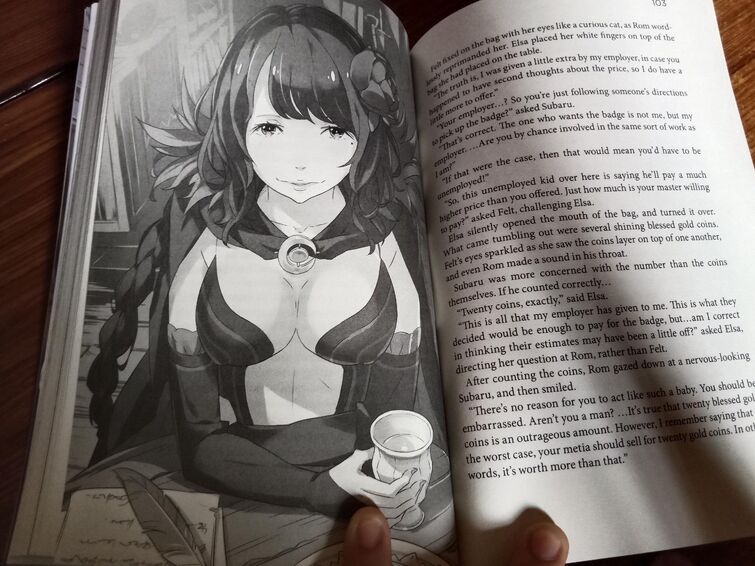 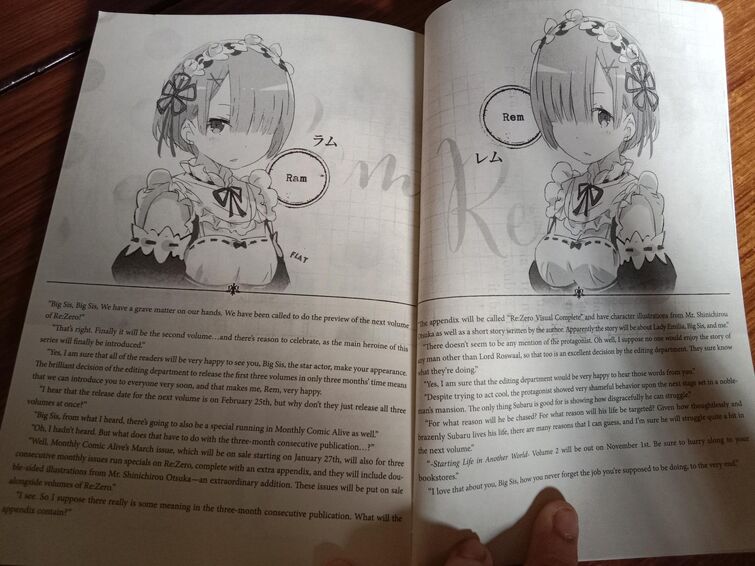 I was searching Elsa's page, damn she looks so hott. Now I think maybe this is the reason I thought to buy the series 👀

(edited by moderator)
Re:Zero − Starting Life in Another WorldLight novel

86 has a relatively simple premise, but is executed quite complex, and while many many scenes especially those with a lot of talking just OOZE with 'LOOK AT ME I WAS A LIGHT NOVEL', I have to give huge props to the art and composition director for a lot of things, every episode overflows with fine and little details that are either barely perceivable or invisible, like reflections of cars in windows just to give a bland conversation an image that feels alive... brilliant.

So here I decided to take apart the first episode in context of the whole series, it's without a doubt the one overflowing with the most fine details that contribute to the larger picture.

It starts with a man ordering the '86' into combat, but he slowly but surely sounds evidently mad, this entire scene sets a cerrrtain mood for the entirety of the series without us actually understanding whats going on until we're actually introduced to the 'Black Sheep', which would obviously slowly but surely drive you mad if you're not going to commit suicide first.

Then we have the Spearhead Squadron:

Fafnir --> A Dragon from mythology, was slain by Siegfried

Wehrwolf --> Wehr = defense, resistance, with other words maybe guard, so as Werwolf: guardwolf, Guarding Werewolf or smth along those lines.

And so on, all of their names, even those currently unmentioned, refer to a plant, a living if not mythological creature, person, god or demigod ect. Things that were once or should be alive.

Except for one: Undertaker, Shinei Nouzen, more well known name: Reaper Shinigami; God of Death/Death Spirit --> Not alive in the first place.

There's something poetically beautiful about this that I bsolutely love about this... and not just because it's edgy af.

And this multilayered meaning of 'Reaper', continues on throughout half th show:

"Well, if we're going to die anyway, we'd rather have our Reaper guide us." - Kujo

In this case "Reaper" is used in a more literal sense as the God of Death as he's the one that sends Kujo to the afterlife, or maybe one should say 'heaven' as there's a spray on one of their walls saying "Welcome to base, the closest place to heaven".

But Kujo does mean it literally, everytime one of em does die, Shin carves their name into one part of their Juggernaught, taking them with him to wherever he goes, like a god of death carrying the dead with him.

Anyway, we're sent to the main town, where we meet Vladilena Milize, who just as everyone else in their quite wealthy society seems to have White Hair. usually a sign of Despair, Suffering --> Marie Antoinette Syndrome. But white should be everyone's hair color, the only reason we do have hair colors in the first place is because of evolution, they protect us from a multitude of bad rays

but they're all from "district 1", and more like "Superior" humans, who dont need that.

A very subtle artistic way to symbolize their superiority complex.

All statues, of which we're shown no small number of, are made of pure, uncolored stone, 'grey' or maybe in a more artistic sense, they all have the same hair color, white (while a wall painting in the spearhead squadrons HQ which has bright blue hair).

In an art historically sense that can be interpreted in a lot of ways, with what else we do get from the 1st ep.... them all believing their drones are "unmanned", truthfully being manned, the soldiers in said drones seem to be more diverse, in hair colors as well, hiding the fact that actual hair colors exist and or existed in the past, or rather, how the world history tries to paint it, only humans with White Hair (the Alba), are 'real' humans, everything else is no more than creatures, or kettle, as they call them 'Pigs', a very versatile term in the shows first few episodes, the Alba get to call the 86 Pigs in form of Kettle, while the 86 display the Alba as (fat) 'Pigs' in fancy clothes and smug faces ty symbolize their decadence.

There's more I'd love to point out but I dont wanna go too far into spoilers and nobody's going to read that far anyway....

Could you guys please suggest series that are similar to Uramichi-oniisan?

It can be in the anime, manga, manhua, manhwa or light novels. Obscure/mainstream not an issue.

The main requirement is that it should be purely dark comedy - or at least 70% of it.

(edited by Reree-san)
AnimeMangaManhwaLight novelManhuaComedyUramichi Oniisan
YES
No
No (i haven't read)
is there web novels?¿

Re:Zero − Starting Life in Another WorldKuroshitsujiLight novel
This post is locked.

Aww man, this is a cute light novel. Kinda in the harem genere, but it's still real good. Storyline is excellent, and I loved it. You can read it! 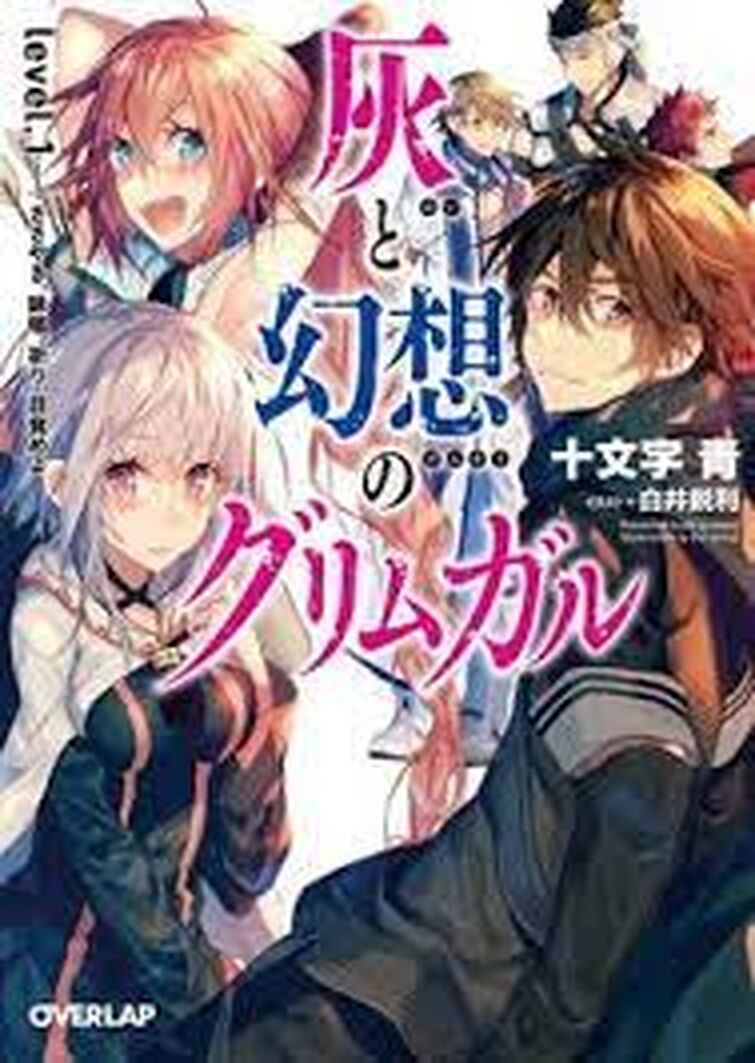 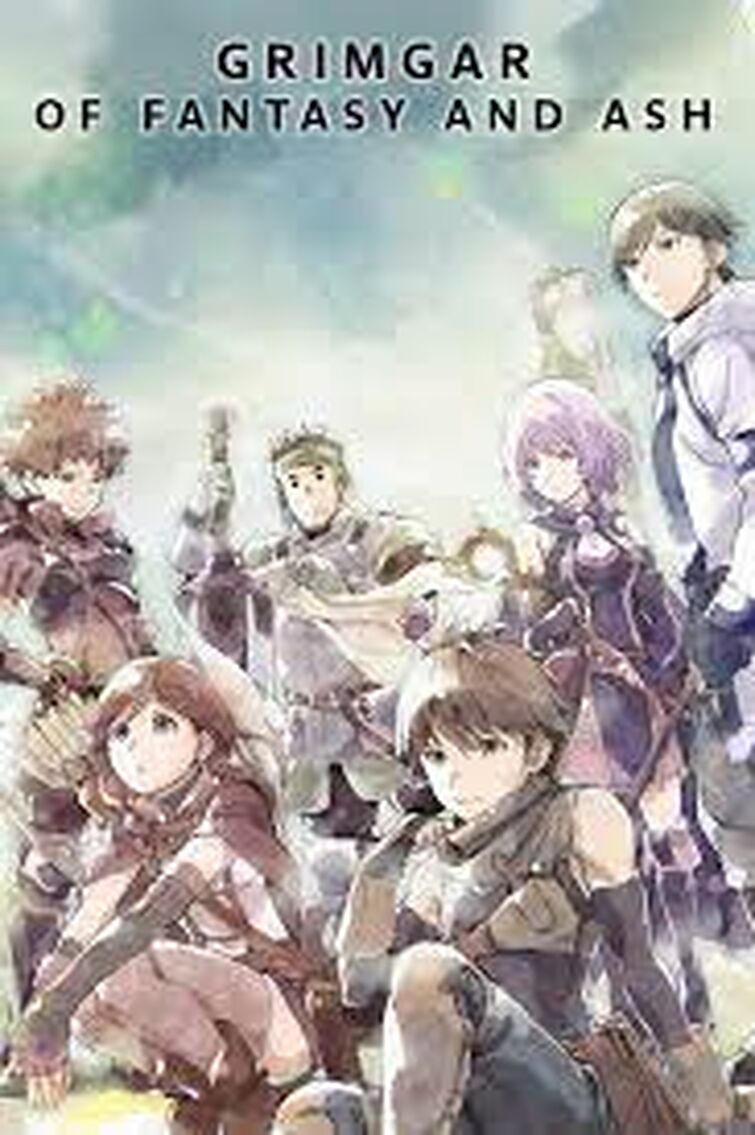 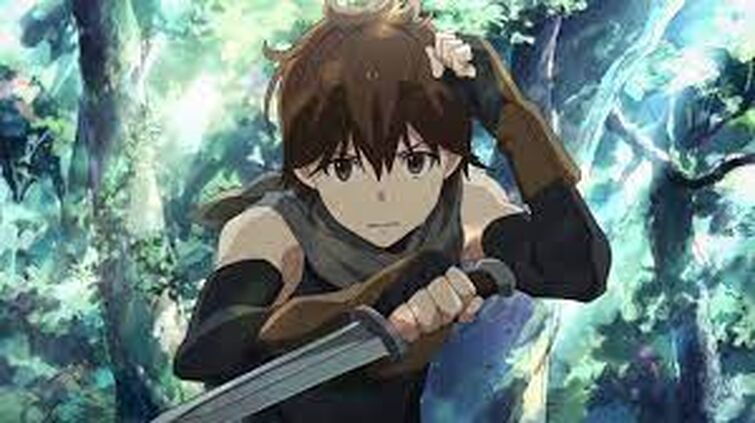 In terms of overall faithfulness, animation, music, and how well it elevates the source material. Not the best overall series, just the best adaptation.

I want to read LN, but don't know where to read it.

And I prefer the app more than read it on the website.

I recently started my first, baccano, and I want to have more on my list, so I'm not wondering what to read later.