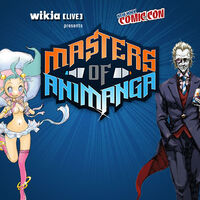 As part of the collaboration, users contributed to the Masters collaborative story project in a one-paragraph-at-a-time format. Over the course one month, the community co-wrote three different stories across three themes -- vampires, girls, and samurai.